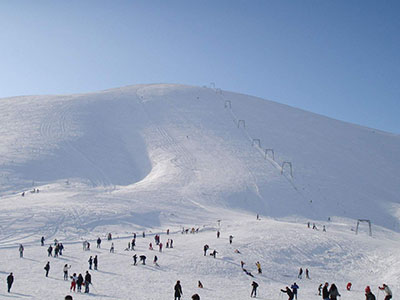 Falakro is the mountain in the county of Drama, on 2232m altitude. It is the highest mountain in eastern Macedonia and Thrace. On its west side, its connected to Orvilos and on the east, Falakro ends in the valley of Nestos, which devides it from Central Rhodope mountains. The ski center also exists, little bit above of the village of Volakas. It is the northest ski center in the country, with the longest operating season, thanks to its geographical position, which guarantees plenty of snow during the whole winter.

Falakro is 44 km away from the city of Drama and 190 km from Thessaloniki.