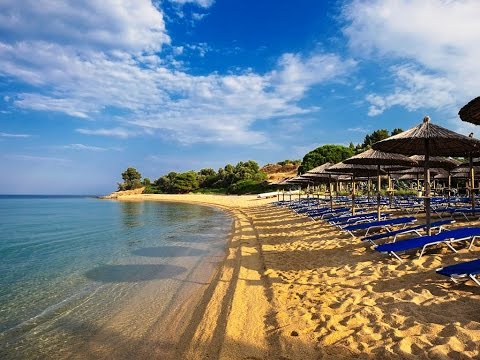 Neos Marmaras (New Marmara) is a village on the Sithonia peninsula, in the Chalkidiki peninsula, Greece. In 2011, Neos Marmaras had 3,352 permanent residents; however, the summer-time population has been estimated at 20,000. The main industries are tourism, agriculture (olives, wine, and honey), and fishing. Situated on three shoreline hills, below the two mountains, Itamos and Tragoudeli (singing mountain), Neos Marmaras is located 125 kilometres (78 mi) from Thessaloniki, and 55 kilometres (34 mi) from Poligyro.

From Thessaloniki to Ouranoupoli - Mount Athos (The Holy Mountain) :